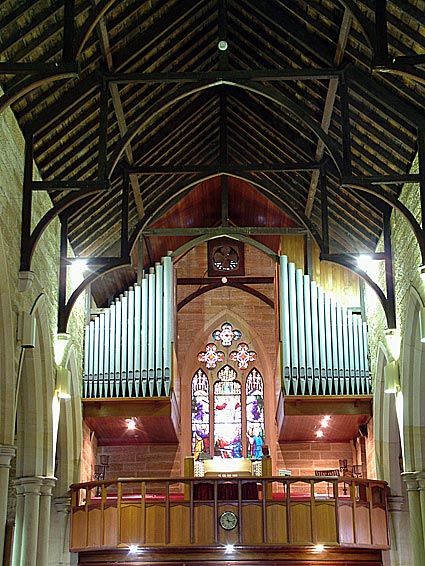 The first organ in this historic church was a small J W Walker organ of 1851, (job no. 470), enlarged in 1865 (parts being supplied by Walkers) and rebuilt by C W Leggo in 1921. This instrument became unreliable and was removed in 1966 prior to the installation of an organ by Hill, Norman & Beard (Aust.) Pty Ltd. This latter organ was built in two stages, the second stage being completed by Pitchford & Garside in 1976. This instrument is conceived in the eclectic school with emphasis on its suitability for service accompaniment. It has an electric action, a detached console with numerous couplers and accessories, the whole instrument being located in the West Gallery.